Bonart magazine dedicates its 196th issue to "Duchamp in Catalonia"

Issue 196 of bonart magazine - corresponding to the months of September 2022 to February 2023 - is now on sale. The bonart magazine presents, in this last issue of 2022, a very special collaboration with Joan Casellas and the Air Archive and collects in its pages the project Catalonia salutes Duchamp , signed by Joan Casellas and which includes some of the public and private collections that, in Catalonia, have original works by Duchamp and numerous amateur ready-made replicas, bibliophile editions and facsimiles. A whole celebration in Duchamp and Catalonia that is commemorated in this dossier that readers will have in their hands; "paraphrasing Duchamp, please touch!". 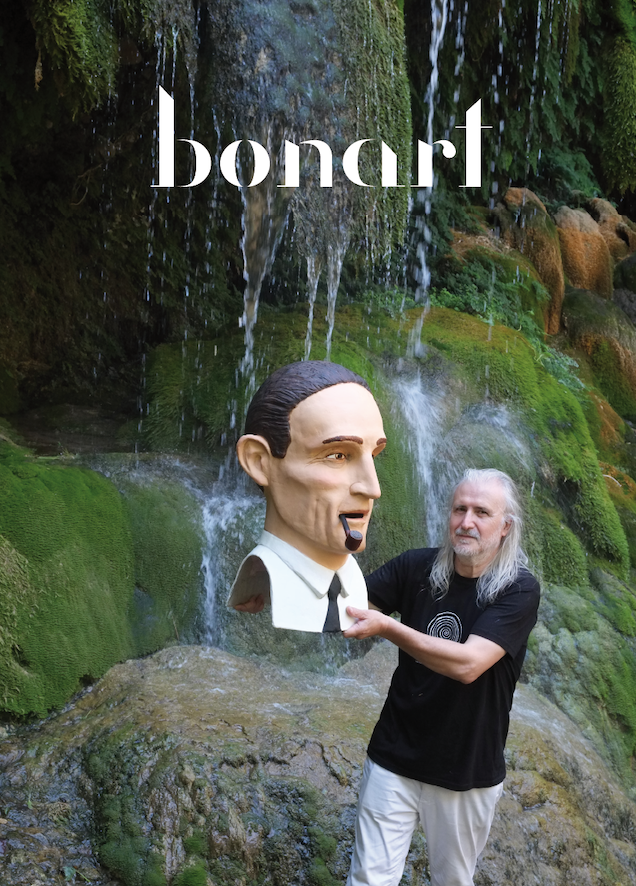 Bonart magazine also dedicates special coverage in this issue to Andorra and the strengthening of its commitment to culture and to the culture of the country with an extensive interview, conducted by Jordi Grau, with Sílvia Riva González, Minister of Culture and Sports of Andorra . Aware of Andorran talent, the country works to structure the cultural future, strengthen the cultural fabric and, at the same time, manage the heritage of the language. The Government Exhibition Center is a good example of this new stage, in addition to the work with the country's collections, among many other actions. Jusèp Boya, Director of the Museum of Archeology of Catalonia , will address the challenges and advances of archaeological heritage in Catalonia in a profitable conversation with Jordi Grau where topics such as the Strategic Plan with the 2025-203 horizon or the relationship of heritage with visual arts, education and society. The Kassel Documenta or the last Venice Biennale are analyzed by Montse Badía in the article " Questioning geopolitics and anthropocentrism, drawing futures" and by María Munoz in " Documenta Fifteen" , respectively. This is just part of the contents of this issue, which also includes the usual sections of Opinion, Report, Mercat de l'art and critical articles on exhibitions held in Catalonia.

In addition, number 195 has opinion articles by Xavier Barral, Aina Mercader, Albert Mercadé, Cristina Castañer, M. Lluïsa Faxedas or David G. Torres. We will find reports on the exhibition Toquem Fusta! at the Design Museum by Jordi Garrido or a preview of the Swab, Loop and Art Libris fairs, by Ramon Casalé. We must also highlight in this issue of bonart the texts by Anna Carreras and Marc Riera on Carme Pinós, National Architecture Award 2021. 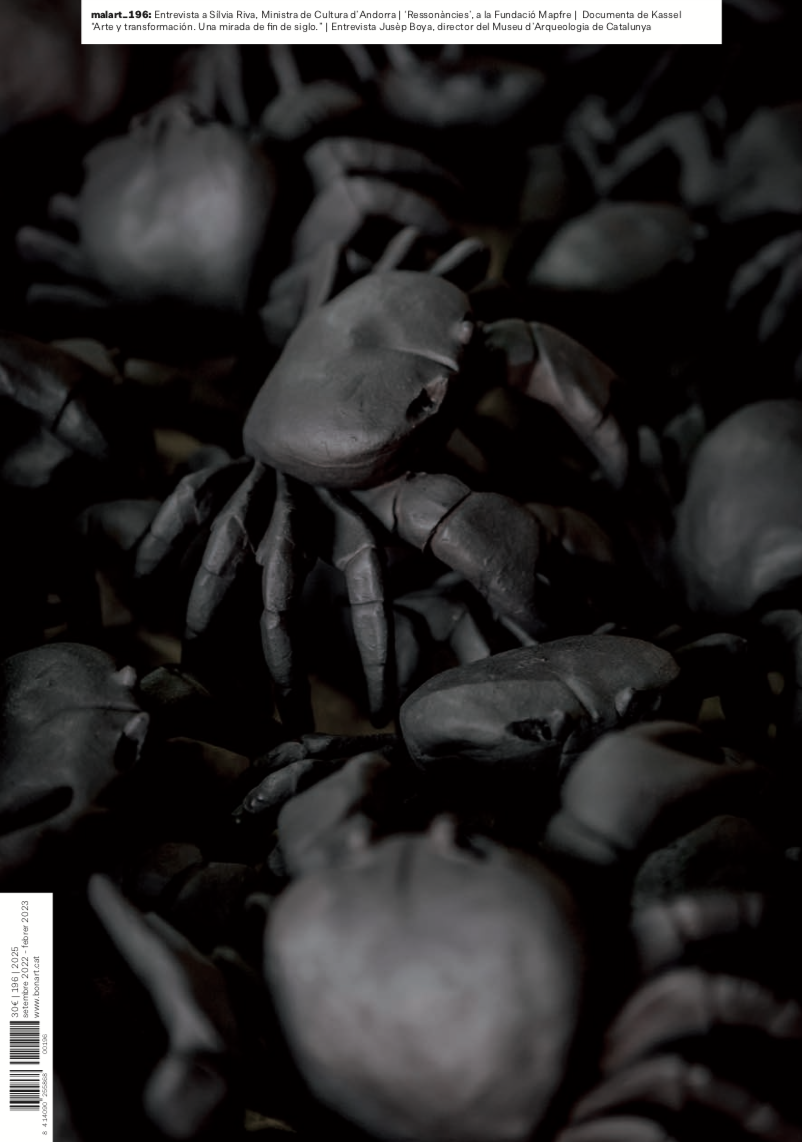 On the other hand, the Malart collects the exhibitions of Carrie Mae Wens at the Mapfre Foundation ; Mayte Vieta and Eugènia Balcells at the Vila Casas Foundation ; Daniel Gasol at the Girona Art Museum ; Gino Rubert at Tecla Sala , Michael Lawton at Fundación Arranz-Bravo; Writing in the artistic narrative at the Palau Foundation or The bet on new art. Itineraries of the avant-garde in Catalonia through the Rafael and Maria Teresa Santos Torroella fund at the Girona City History Museum, among many other exhibitions and news fill the pages of this issue's magazine.

The cover of Malart is the work of Javier Balmaseda . The photographs of Yurian Quintanas were taken during the process of creating the work La ruta migratoria , by Javier Balmaseda, to accompany the exhibition of the same name that took place at the Terracotta Museu de Ceràmica de la Bisbal in 2018. Javier Balmaseda's installation reproduced a fragment of road in real proportions – on a 1:1 scale – with the singularity that the asphalt is made up of thousands of black crabs, modeled one by one, piled on top of each other.

The typography used for the header of this issue is Goutte d' Alba Trueba in the project with the Escola d'Olot coordinated by Gemme Reixach.

"NEW REALISM AND OTHER CONCEPTS" AT THE RICHARD VANDERAA GALLERY

BONART PRESENTS THE MONOGRAPH ON DUCHAMP AT THE MAPFRE FOUNDATION

"FACE TO FACE. PICASSO AND THE ANCIENT MASTERS" AT THE MUSEO PICASSO MÁLAGA

"CONFLUENCES. CONTEMPORARY SCULPTURE FROM THE BASSAT COLLECTION" AT THE FREDERIC MARÉS MUSEUM