bonart receives the GAC 2022 Award in the Media

The galleries Joan Gaspar, Sala Parés, Mayoral, Taché, Esther Montoriol and Àngels Barcelona, the photographer Mané Esclusa, the collector Tatxo Benet, the curator Pepe Ribas and the critic Conxita Oliver are also awarded. The GAC 2022 Awards were presented yesterday, June 7, during the fifteenth Night of Gallery, held in person at the Museum of Contemporary Art in Barcelona (Macba). The eleven awards presented illustrate the vitality of gallery life and the different art trends that coexist in the current landscape.

The bonart group, which was present with a representation formed by the honorary president Anna Maria Camps, the editor and director Ricard Planas Camps, the manager Carlota Ramoneda, the editor Beatriz G. Moreno and Lluís Coromina, on behalf of the advisory director, they enjoyed the fifteenth Nit del Galerisme - organized by the Galeries d'Art de Catalunya (GAC) and Art Barcelona associations. There was also a large group of collaborators at the event. Yesterday, the awards festival was a meeting point for the sector and presented a plural and multifaceted portrait of the art universe in Catalonia. Trajectories, exhibitions, initiatives and entrepreneurial proposals have been awarded in a catalog of awards that includes the transversality of the current landscape. The jury for the 2022 GAC Awards is chaired by art critic Pilar Parcerisas and also includes critic Juan Bufill, curator Natalia Chocarro, curator Àlex Mitrani and artist Gino Rubert.

The editor of bonart, Ricard Planas, who received the award - accompanied by the team - from the president of the jury, the critic Pilar Parcerisas, highlighted the support that the group has always given to the galleries and He stressed that the award "as Albert Serra would say, we deserved it after 23 years making a commitment to specialization." On the other hand, Planas pointed out that "sometimes in Catalonia you don't need so much self-criticism and maybe you lack a little more self-esteem". Bonart is an art magazine, digital newspaper and cultural consultancy.

Six art galleries have collected awards today. The Joan Gaspar Gallery , staged in the figure of its soul mate, Joan Gaspar i Farreras (Barcelona, 1941 - 2020), has received the Honorary Award - Banco Sabadell Foundation for its career. The Esther Montoriol Gallery has been awarded the Best Programming Award for its constant vocation for risk in its exhibition program, which delves into the unknown and supports new values.

The best historical exhibition in the gallery has been for the Sala Parés , for Univers Calsina , an exhibition curated by Sergio Fuentes Milà that brought together a relevant set of paintings by Ramon Calsina on the 120th anniversary of his birth, from private collections .

Galeria Mayoral has received the Consolidated Artist Award for Best Gallery Exhibition, staged in Mari Chordà, for her exhibition A Pioneering Feminist Artist , who explored the visual expression of female sexuality and the experience of motherhood in her work since the 1960s. The Carles Taché Gallery has also been awarded the Prize for the mid-career artist for the best exhibition in the gallery, for the exhibition Over Easy , by Guillermo Pfaff, which showed the renewed creativity from the resistance, spreading on the canvases elements that define their purpose to create a simple pictorial object.

The Censored Collection, by Tatxo Benet , has received the Collecting Award for its support of artists and art galleries with the creation in 2018 of the collection that gives visibility to works of contemporary art that they have suffered censorship. The Prize for Curation went to Pepe Ribas, for the exhibition Underground and Counterculture in Catalonia in the 70's , at the Palau Robert, a vindication of creativity since the end of the Franco regime and the first years of the Transition under the influence of May 68 and the student movement in California.

For her part, the critic Conxita Oliver , has won the Critics Award, for her dedication, through art criticism in different media, to explaining the contribution of art galleries to the panorama of creation. contemporary.

In addition to the Joan Gaspar Gallery, the photographer Manel Esclusa has won the Honorary Award - Fundació Banc Sabadell for the artist for his career, which illustrates one of the most renowned figures in contemporary photography in Catalonia. 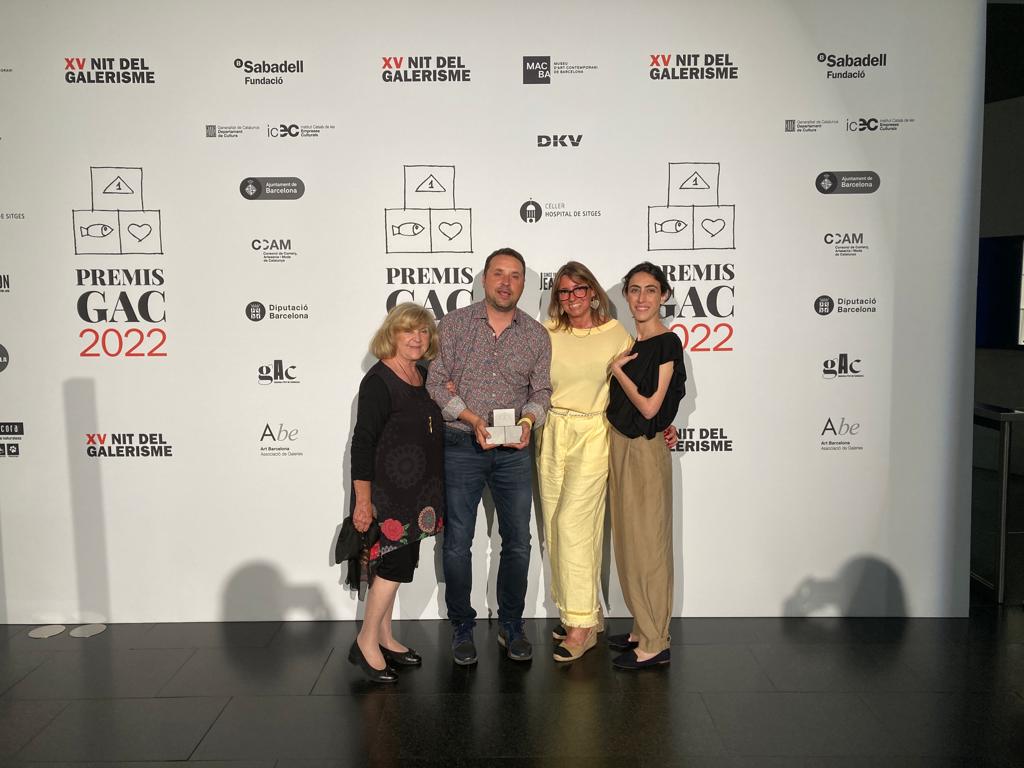 FOURTEENTH EDITION OF THE OLOT SEISMOGRAPH, A FESTIVAL FOCUSED ON MOVEMENT AND LANDSCAPE

THE ACCA 2022 AWARDS RECOGNIZE PEREJAUME'S ARTISTIC PROJECT "SAVE THE OUTSIDE"