Last October 16, the Terracotta Museum of Ceramics reopened its doors after a month and a half working on the reform of the 3000 m2 roof, which was badly damaged due to the exceptional hailstorm on the 30 August An open day was held throughout the morning, but as the main opening act, at twelve noon, the new temporary exhibition of its own production was inaugurated, an exhibition that vindicates the pride of a job well done by the ceramists of La Bisbal.

The opening ceremony was complemented by the conference La terrissa tradicional de la Bisbal d'Empordà, by Alfons Romero i Vidal, historian, ceramologist and president of the Catalan Ceramics Association, and ended with a guided visit to the exhibition by its curator.

The new temporary exhibition entitled Orgull de terrisser presents a selection of Bisbalenca ceramic pieces from the middle of the 18th century to the beginning of the 20th century. Most of them are very remarkable pieces of great technical difficulty that, once modeled, and given their exceptionality, aroused the pride of the craftsman who made them to the point of wanting to leave a printed testimony of the his job Unlike today, at that time signing a piece was a completely unusual and extravagant thing, and can only be explained by the desire to express the feeling of one's own value: the pride of doing things well done for the sake of make them well done.

A total of thirty pieces make up the exhibition, half of which are signed by one of the most important pottery lineages in the history of Bisbalan ceramics and, paradoxically, one of the most unknown: the Vicens. It is a collection of pieces from 1749 to the end of the 19th century with a very high heritage value. It consists of nine jugs, two watering cans, a measuring cup and a medial tile. Of these pieces, four are part of the Terracotta Museum's collection, and the rest are pieces that have never been exhibited until now and that the museum has located in different public and private collections.

The Vicens lineage stands out both for the high number of potters and craftsmen that make it up and for its chronological extension that goes back to the middle of the 18th century and extends into the 20th. They tell a story of almost two hundred years where two lineages of potters with this surname became the main actors in the development and consolidation of ceramics in Bisbal.

As for the rest of the pieces, a jug from 1826 signed by Pere Malagelada and another from 1900 commemorating the Únion Obrera de Alfareros, a production cooperative created in 1899 as a result of the workers' movements of the Bisbal d'Empordà and region, stand out . There is also an area dedicated to black earthenware, where a piece signed and dated by Anton Marcó in 1816 – responsible for establishing the first black earthenware workshop in Bisbal at the end of the 18th century – stands out. And finally, an area dedicated to fine tile flooring, an industry that was born in the middle of the 19th century and which represented a new way of understanding ceramic production, applying completely new means of production, work organization and marketing .

These tiles feature the factory mark embossed on the reverse. The exhibition can be visited until April 23, 2023 in the Temporary Exhibition Hall of the Terracotta Museu de Ceràmica de la Bisbal d'Empordà. 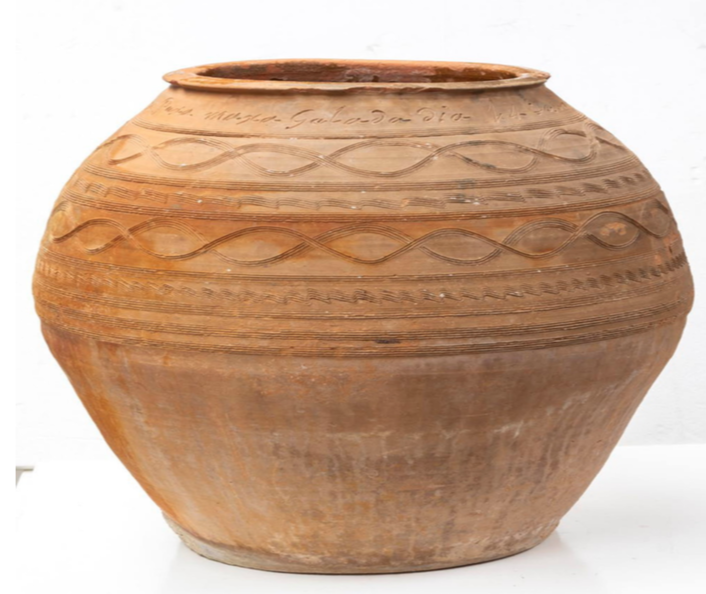 On the other hand, on October 23 outside the Terracotta Museu de la Bisbal d'Empordà, the first meeting of antique ceramic collectors Antic Ceràmica will take place, organized by the Catalan Association of Ceramics and the Terracotta Museum of the Bisbal d'Empordà. This is a proposal open to everyone where you can find all kinds of antique ceramics and collectables, pieces from all periods and with a high historical interest which, if desired, can also be purchased. There will be a representation of ceramics from La Bisbal, but also from all over Catalonia and the entire Iberian Peninsula.

Visiting times for the event are from 10:00 a.m. to 2:00 p.m. in the morning, and at the same time different complementary activities have been scheduled such as open doors in the Museum, a ceramics workshop for children, book presentations and a guided tour of the temporary exhibition Orgull de terrisser.

There will also be two book presentations, the first will be that of I am also clay, by the writer and ceramist Núria Garcia Caldés. It is a chronicle of the author's trip to Japan to get to know Jômon art, a traditional Japanese sculptural style from 14500 BC to the 4th century BC. There he learned this style from the hand of master Ifurai and immersed himself in the age-old techniques for working with clay. His perishable ended with a production of his own and the need to write his experience. Finally, the activities will close with the presentation of the book La cerámica de Cuenca, by the Catalan ceramist Emili Sempere. It is a magnum opus of 325 pages, illustrated with 210 photographs, which outlines the history of this trade in Cuenca, from ancient times to the present day. The book, in addition to recounting the history of pottery in the city, also presents the different types of pieces and takes a tour of its current ceramists. The work focuses with particular interest on the figure of Pedro Mercedes (1921-2008), recognized as one of its great ceramists.

THE MAS MIRÓ FOUNDATION, CANDIDATE FOR THE EUROPEAN MUSEUM IN 2022

CULTURA DE CATALUNYA INCREASES THE BUDGET OF THE NATIONAL COLLECTION

"THETA WAVE" BY ROSA THARRATS AT THE EHRHARDT FLÓREZ GALLERY