The radical architecture of the MIAS Architects studio

The inauguration of the Josep Miàs exhibition will take place on 11 May at 6.30 pm. Sculptures passable in the municipal exhibition space Can Tarrades (Banyoles). For its part, the Eat Art space in Banyoles also houses some of Josep Miàs' work.

The MIAS studio, under the direction of Josep Miàs architecture (Banyoles, 1966), continues as the epicenter of the exhibition and, after the Museu Hub Disseny Hub in Barcelona, reaches two spaces in Banyoles with a high symbolic value. And it does so under the choral curation of the MIAS studio itself -Josep Miàs, Marina Povedano, Guillem Hernández-, of the president of the College of Architects of Catalonia -Girona delegation- Marc Riera, of Albert Tubert, councilor of the City Council of Banyoles and the editor of bonart and director of the Coromina Foundation, Ricard Planas.

The Design Hub of Barcelona received the first tour, a museum that exhibited for the first time the work of an architect. In the Barcelona museum, a breakdown was made from the design processes to the finished work. A process with many stages but giving value to the beginning of all construction and then go to the different creative processes divided into a series of spaces: Between lines, Everything could happen, Dream spaces, Archive, Architecture to take away, Torn surfaces and X-rays .

The curators will take this last section to the headquarters of the Plaça Major in Banyoles of the Coromina Foundation . These X-rays show the hidden architecture, the one that is hidden by facades and coatings but that will last in time or will be its ruin. This section strips architecture to make us aware of its naked beauty and how it could draw the future landscape. An evolution of buildings, of how we see them and how we will find them in a hundred or two hundred years. The future may be completely unpredictable. We will also find models of nickel-plated wire entitled Transitable objects , where small jewels will be displayed, as commented by Frédéric Migayrou, chief curator of the Center Pompidou in Paris. 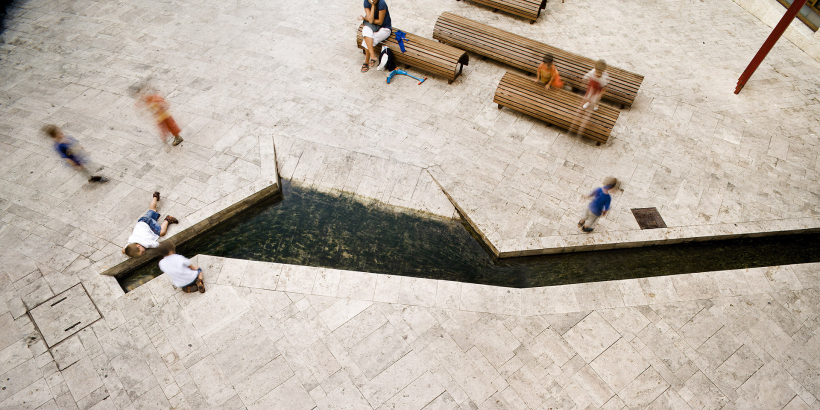 In parallel, two municipal spaces in the city will serve as a stage for the work of MIAS: the cloister of the monastery of Sant Esteve and Passatge Tarradas. With this triangle of places, the visitor steps on one of the most ambitious and successful urban reforms in the municipality and which led the MIAS study.

Sculptures that explain the structure of the most emblematic buildings of the office will be exhibited in this transit space. Three-dimensional objects exhibited in an artistic montage that simulates a work in progress . Original models, where the spatial / temporal tensions of these structures move resisting the most basic law: gravity. Objects in a fragile balance that never leave anyone indifferent to achieve impossible shapes.

In the Cloister of the Monastery of Sant Esteve there will be a performance with objects such as glass created by MIAS and the company Vidresif and with a performance by the group Cor de Teatre. A performance that serves as a metaphor for offering a notebook of dream drawings that on a large scale radically dialogue with the heritage of a tenth-century monastery. In addition, all these actions demonstrate poetry, the technical essence, the sense of research, of the materiality and lightness present in the corpus of the work of Josep Miàs. This evolution of formal possibilities, light structures and spatial forms, and all these elements will be put together, after Barcelona and Banyoles will end touring in London, at The Bartlett UCL Faculty of the Built Environment. XRays and passable objects, plus glasses, will be on view in the English capital after the summer. 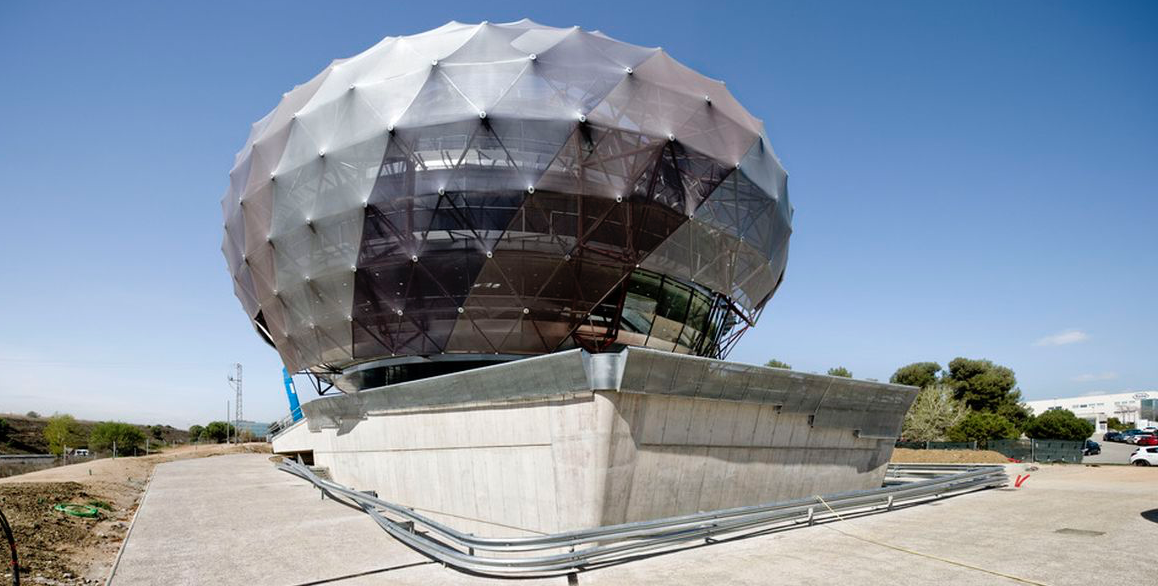 The aim of these exhibitions is to show the face that is rarely or almost never shown in the field of architecture, and to do so in an irreverent way, giving full value to what happens before. It wants to take to the extreme and force the materials, vindicating the exercise prior to the beautiful and perfect image of the end result. Architecture does not allow for changes or innovations if the process is not emphasized. It is a transgression of the structural logic of buildings. Features combined with the duality of design and construction. The first as a tool of ideation, the second as a means of verification. Key elements in Miàs as they were for Enric Miralles, always very present in Josep Miàs' way of doing things. 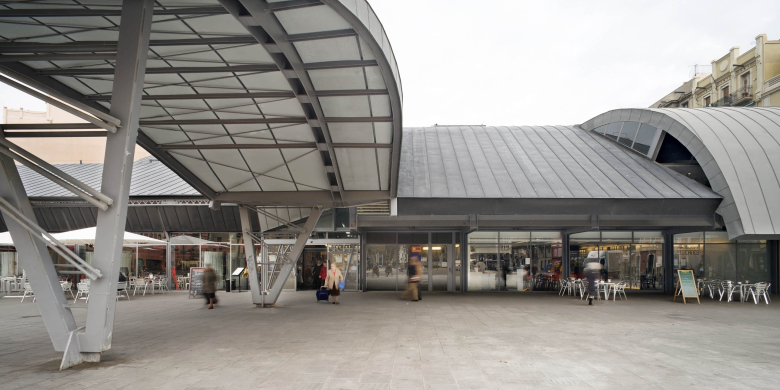 Marcos Cruz, in the MIAS catalog. The making of making (architecture) , comments that Josep’s buildings and performances make us think of one of the great abilities of architecture: to get us out of everyday life and turn it into something that never we had not experienced. Something memorable! ” Each project is unique, avant-garde, risky, erudite, like the rehabilitation of the old town of Banyoles. An architect and his studio who know about the possibilities of innovation that are generated in the present and in the future, and how these can affect our time and the future. Works that contain logical possibilities of evolution, but also incorporate interpretations and unexpected new visions. There are many considerations and many secrets behind any work.

Architectural beauty will shape the future in which the most fragile coatings will not be able to hide it. It will be intriguing to see the steps of the future of buildings such as the Mercat Can Vidalet or the iGuzzini Illuminazione headquarters.

A HOUSE FOR WALTER BENJAMIN