The artistic vinyls and video arts that can be found in QR codes are inspired by the concept and visual identity of FGC's 40-year history book 'Human, nodal and sustainable territories'. The proposal has had the direction of cultural art and the support of the Museum of Science and Technology of Catalonia (MNACTEC).

Ferrocarrils de la Generalitat de Catalunya (FGC) commemorates the European Year of the Railway with a campaign of artistic interventions that have been installed in some of its stations and with video arts that can be found by accessing with QR codes. The initiative will be completed in January with the inauguration of an immersive video produced by the Museum of Science and Technology of Catalonia and which can be seen at the headquarters of this entity located in Terrassa. These interventions are inspired by the book commemorating the 40 years of history of Ferrocarrils 'Human, nodal and sustainable territories' edited by Bonart Cultural and directed by its editor, Ricard Planas Camps, a visual novel in a historical-artistic key that is structured as a train journey from the future-present to the past of the 40-year history of Railways.

Based on the concept and visual identity of this book, Ferrocarrils has proposed installations on the walls of some of its stations through vinyls with quotes and images where four key ideas stand out or, as described in the book, “4 nodes”: people, technology, sustainability and globalization.

As the president of Ferrocarrils, Marta Subirà, explains, these concepts “are the four cardinal points that move us as a company: people as the center of our activity, the fight against climate change and sustainability, the assumption of challenge of digitizing the entire company and finally globalization . The four define our path, guide our strategy and set our priorities .

On the other hand, the director of Strategic Planning of the company, Carles Casas, has highlighted these artistic interventions in the framework of the commemoration of the European Year of Railways, to position the railway “ as the best ally to promote a sustainable mobility, to fight climate change, to reduce pollution in cities and to become a key element for the competitiveness of territories ”.

From today you can see the campaign in the stations of Pl. Catalonia, Provence, Gràcia, Sarrià, Autonomous University, Sabadell Nord, Terrassa Rambla, Plaça Espanya, Europe | Fira and Martorell Link. It will soon also be installed at the Balaguer station on the Lleida - La Pobla line, at Ribes Vila del Cremallera de Núria and at Monistrol Vila del Cremallera de Montserrat . 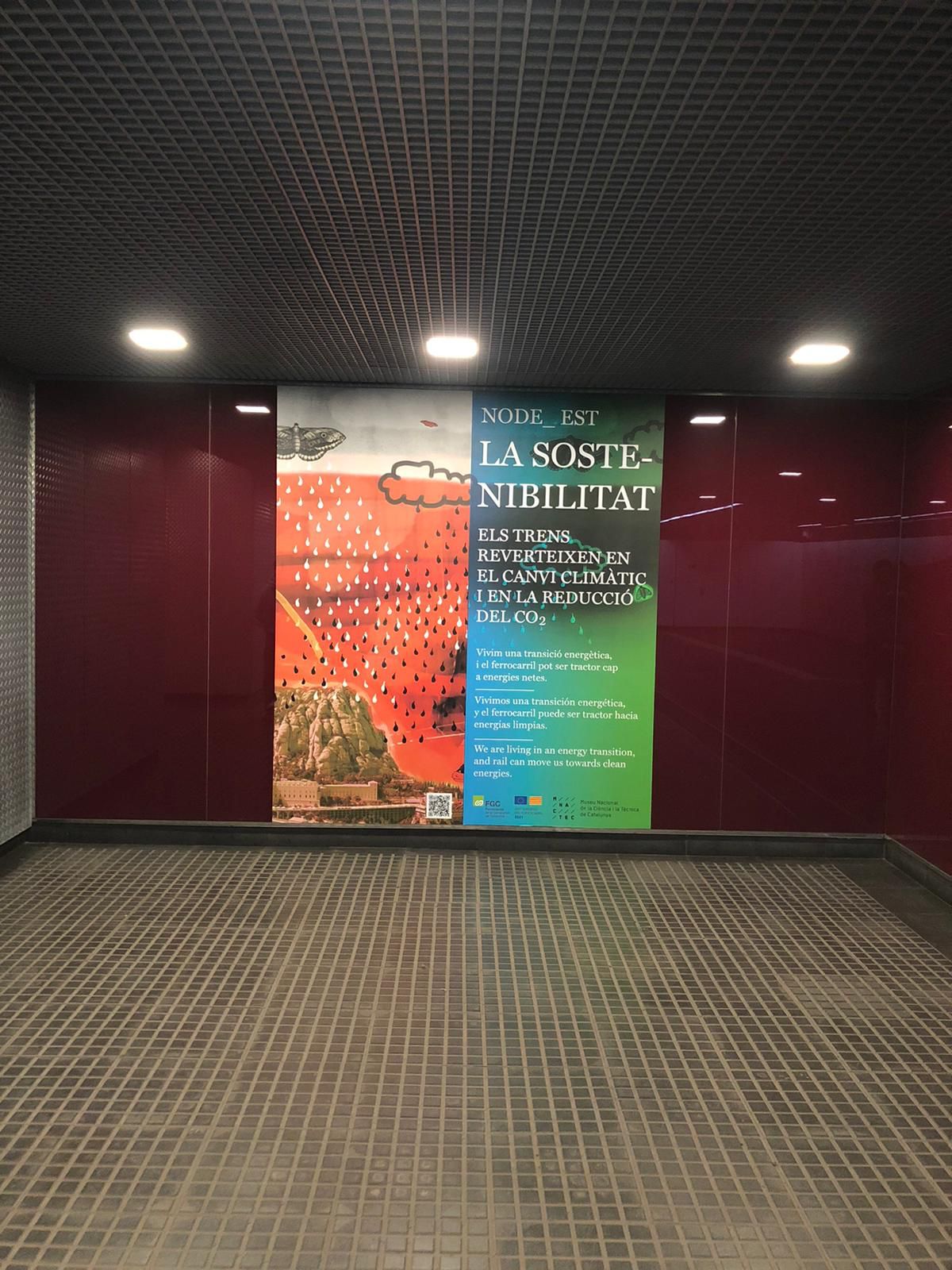 FGC and the European Year of Railways

The different initiatives promoted by the company during 2021 in the framework of the European Year of Railways can be consulted on the Ferrocarrils website. This commemoration is conceived as an opportunity to promote the benefits of the railway as a sustainable, innovative and safe mode of transport.

As a leading company in Catalonia, Ferrocarrils organizes and participates in different events, campaigns and activities to put the railway at the center of mobility, restore user confidence and encourage more people to get on the train.

"ARCHITECTURE, POLYPHONY AND URBAN DANCE", BY CHOREOGRAPHER AND DANCER BLAI COSTA AT THE FUNDACIÓ LLUÍS COROMINA

IN CADAQUÉS: ARCHITECTS WHO WERE ARTISTS AND DESIGNERS