From November 8 to 20, the 20th edition of the Loop Festival will be held at different venues in Barcelona. In this year's edition, the program offers a wide variety of exhibitions, screenings and performances.

The motto chosen for this year's festival is "While time passes..." since it is based on the concept of "Time", in other words, the artistic proposals of LOOP 2022 will explore the multiple layers of time, questioning habits of a chrono-normative and chrono-regulated society.

As for the programming, according to the organization it will be very rich and extensive and will be under the artistic direction of Carolina Ciuti. A total of 350 creators, 40 curators and 72 spaces will be the proposals during the days of the festival. Ciuti highlights the growing commitment of an increasingly large community of professionals, especially after two years complicated by the cultural sector of the pandemic.

As for the inaugural proposal of this edition, it will take place on Tuesday, November 8 at 7:00 p.m. and will be in charge of Fito Conesa and Siddharth Gautam Singh, who will show Ménagerie at the Born Center Cultural and Memory - with whom the LOOP collaborates for the first time. In the same vein, the multi-screen installation Uxuwell by the artist Pedro Torres will be exhibited at the Tecla Sala Art Center from November 9 to 18. It is also worth noting the exhibition of videos by the artist Basim Magdy, who is internationally recognized and who also sits on the border between reality and its representation. Under the title A Series of Flickering Dreams (A Series of Flickering Dreams), this exhibition curated by Ciuti can be seen at the Antoni Tàpies Foundation from November 9 to January 8, 2023.

During the days of the festival, the monographic exhibition Light Out of Darkness by the artist Bruce Conner and the video A State In A State by Tekla Aslanishvili can also be seen at the Tàpies Foundation.

In the MACBA. Museu d'Art Contemporani will screen a collection of videos by the duo Black Quantum Futurism (BQF), which will incorporate quantum physics, Afrofuturism and the concepts of the Afrodiaspora linked to time, rituals, text and sound. Under the title Just About Time, the selection to be presented will bring together the videos Time Travel Experiments (2017), Black Space Agency (2018), All Time Is Local (2019) and Write No History (2021).

On the other hand, you can watch the video Vitrina, a piece that forms part of the María Teresa Hincapié exhibition. As a novelty, on November 9, 10, 11, 12, 16, 17 and 18, the video will be projected on the facade of the building between 8:00 p.m. and 11:00 p.m. While from November 19 and until February 12, you can see the audiovisual project of the Catalan director Albert Serra at the Fabra i Coats-Centre d'Art Contemporani in Barcelona.

As for the 1+1+1... Program, it celebrates again for the third consecutive year the importance of networking, presenting an audiovisual tour of different cultural and artistic centers in Ciutat Vella. 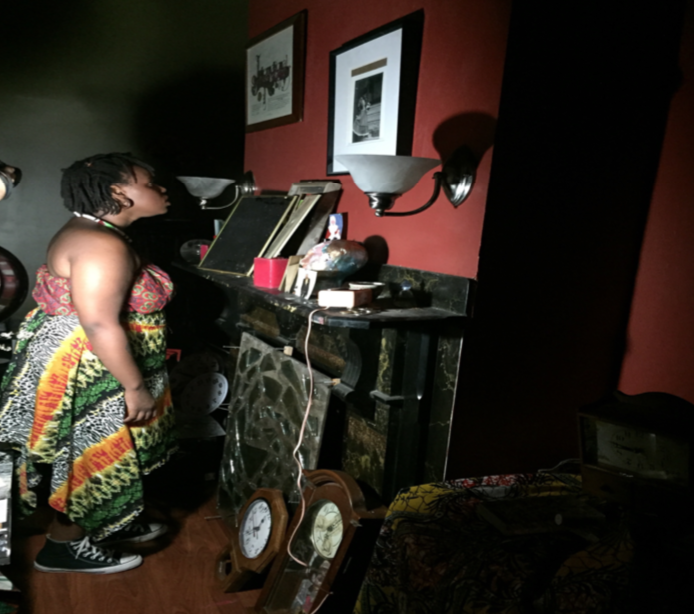 Presence of performance and new collaborations

In this edition, emphasis will be placed on the performance and we must highlight the performance entitled Sand Walk by Natalia Carminati in collaboration with Josecarlos Florez, which will be presented in the Casa Seat auditorium on Saturday the 12th at 7:30 p.m.; and the Institut del Temps Sospès (ITS), founded by Raquel Friera and Xavier Bassas in Laboratory 987 of the MUSAC (Leon), and which will open its first physical headquarters in the Espai Oficina de La Capella.

Among the performative proposals there will also be several expanded cinema actions. For the first year, LOOP joins with the independent film festival l'Alternativa, and the Cercle Artístic de Sant Lluc also joins the network of LOOP collaborators, where the performance of Immersión Criminal by the artists Natalia Lucía will be presented and Gabriel Millán.

Other exhibitions included in the program are Interfície, which investigates the common ground between video art, music and sound and which can be seen at the Museu de la Música de Barcelona. On the other hand, there will be guided visits to the Vila Casas Foundation's Can Framis Museum with the video exhibition Eugènia Balcells Ella, again and again and to the Joan Miró Foundation with the exhibition Silly Symphony by Martín Vitaliti. 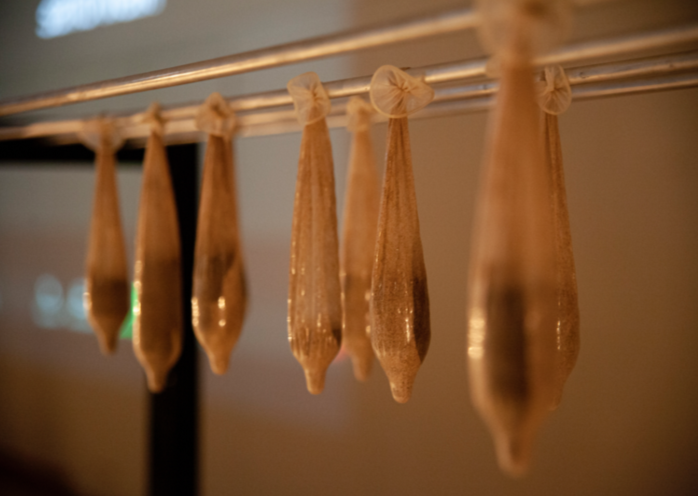 In Montjuïc there will also be Festival interventions at the National Art Museum of Catalonia and at the Mies van der Rohe Pavilion. With regard to the awards section, for the eighth consecutive year, the video creation award of the Territorial Centers of the Public System of Visual Arts Equipment of Catalonia, Santa Mònica, the Department of Culture of the Generalitat of Catalonia and LOOP, they will celebrate the Catalan artistic framework with the aim of promoting the co-production of a project that incorporates video as a single or partial element in the proposal as a whole.

The Festival will also present two unpublished proposals that are part of the A-Place project (2019-2023) and will do so under the coordination of Victoria Sacco. The two proposals are: The place I live in Sindihogar/Sindillar and Walden 7 or in the life of the cities of the artist Domènec. The LOOP City Screen section coordinated by Laura Arensburg will offer an alternative circuit involving forty galleries and artistic spaces in Barcelona.

As for the Loop 2022 Fair, this will take place from November 15 to 17 at the Almanac Barcelona hotel, which this year will feature 43 videos by international artists selected by a specific committee. The main objective of the Fair is to highlight a series of works that demonstrate the versatility of video as a critical and creative tool.

As for the Fira LOOP Award, it will have the participation of an international jury that will be chaired by Elvira Dyangani Ose (Director of MACBA). From November 15 to 27, all videos will be simulcast on LOOP Virtual, which is an online platform.

ESTAMPA CELEBRATES ITS 30TH ANNIVERSARY FROM OCTOBER 13 TO 16

"THE NARROW STREET" OF MEXICO CITY: FROM THE WORK GALLERY, TO THE BARRAGÁN HOUSE