"A House for Walter Benjamin" at the Espai Isern Dalmau

The Lluís Coromina Foundation presents the exhibition A House for Walter Benjamin, an exhibition that includes the materials, images and documents of the restoration project of the building of the old town hall of Portbou, which will become an exhibition space and center of studies with the aim of disseminating the figure of the philosopher Walter Benjamin (1890-1940) and his passage through the high Empordà population. The opening of the exhibition will take place on March 10 at 7 pm at the Espai Isern Dalmau in Barcelona and will feature the participation of Joan Falgueras and Jordi Pigem, architects who created the rehabilitation project; Pilar Parcerisas and Ricard Planas, curators of the exhibition; Ricard Font, Secretary General of the Department of the Vice-Presidency and Digital Policies and Territory of the Generalitat de Catalunya, and the artist Manel Bayo. 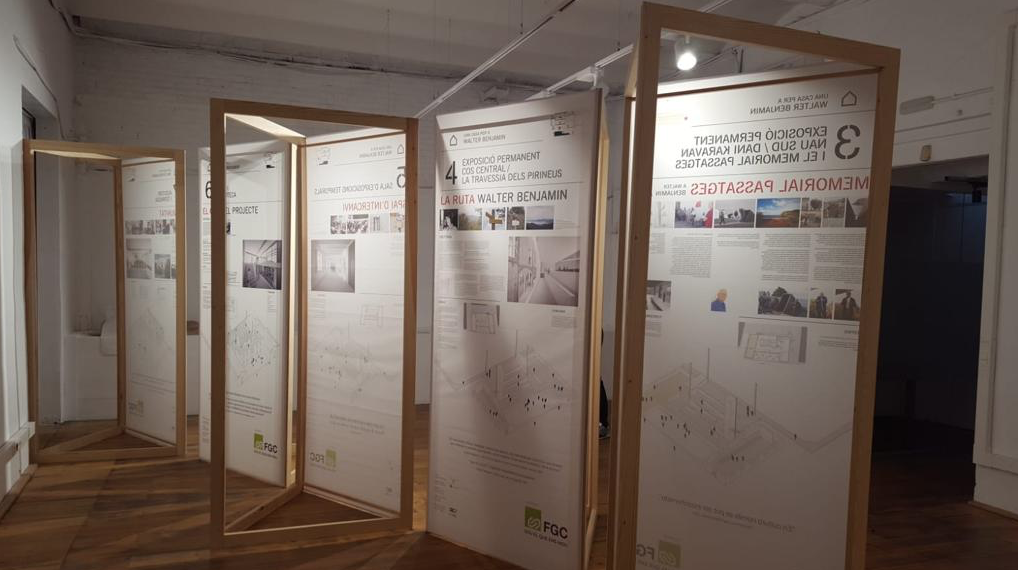 The exhibition A House for Walter Benjamin, which can be visited at the Espai Isern Dalmau of the Fundació Lluís Coromina until June 15, 2022, will show the model and all the details of the creation of the Casa Walter Benjamin, as well as well as other materials and documents linked to this project, which has been sponsored by Ferrocarrils de la Generalitat (FGC).

The Angelas Novus Foundation and Portbou City Council have promoted the restoration of the old town hall building to make it the future Walter Benjamin House. The new architectural project, which was presented at the end of September 2021 and has been developed by architects Joan Falgueras and Jordi Pigem, will also include photographs, documents, films, audios, works of art and testimonials that will help to understand both the figure of Walter Benjamin as the passage of other intellectuals in exile through Portbou, such as Alma Mahler, Heinrich Mann or Alfred Döblin.

"FACE TO FACE. PICASSO AND THE ANCIENT MASTERS" AT THE MUSEO PICASSO MÁLAGA

HUMBERTO RIVAS, A LOOK AT BARCELONA IN THE LATE SEVENTIES